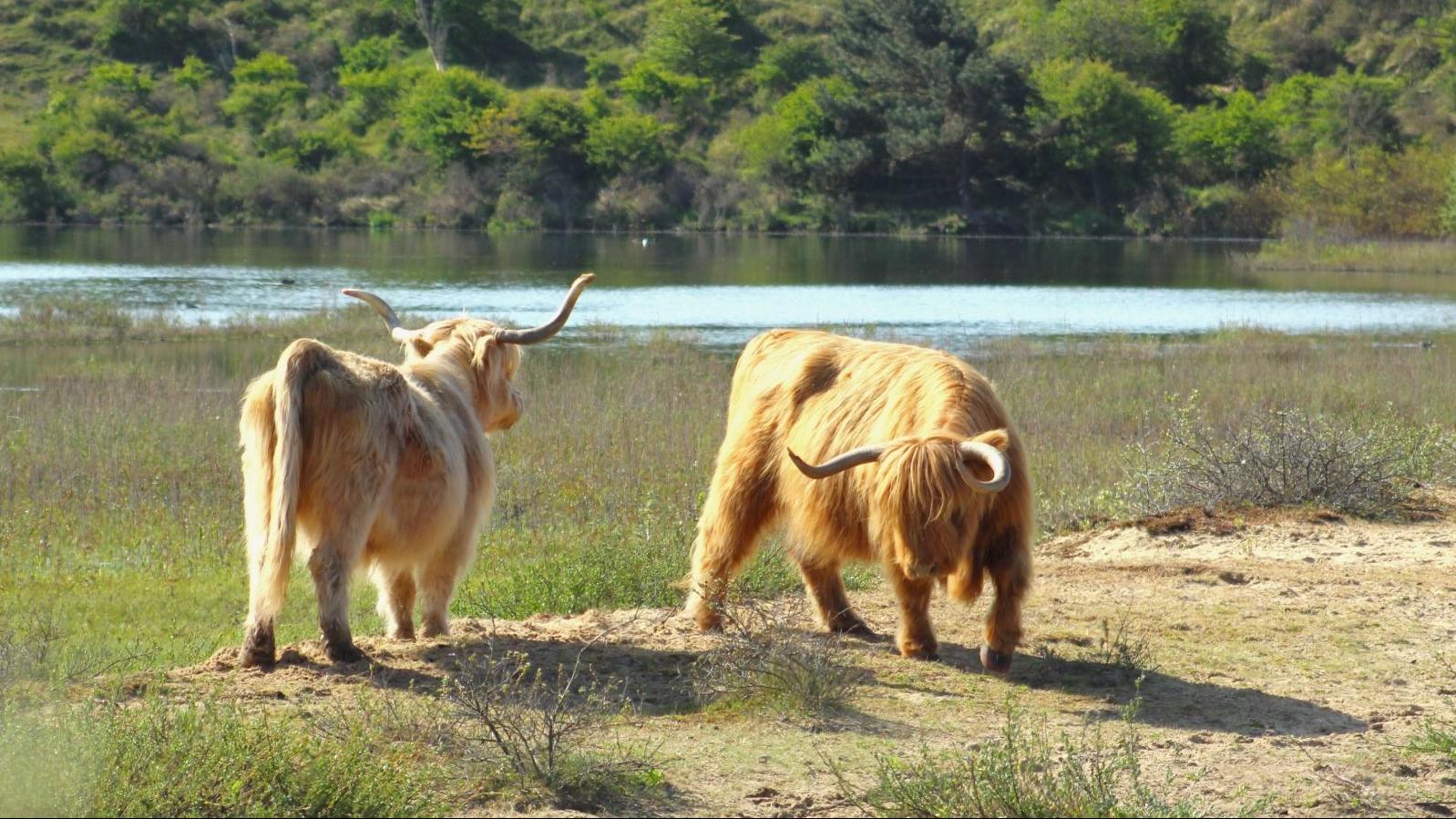 Zandvoort aan zee is surrounded by fantastic nature. Although this nature on some spots is cultivated, for example with biking and hiking trails, the nature in most of the areas untouched and can it be smoking course.

The 'Amsterdamse waterleidingduinen' is the nature reserve South of zandvoort. This water-collection area of Pwn is an oasis in the otherwise busy Randstad. It consists of beautiful and various nature and houses a large number of different animal species. Apart from a multitude of different bird species, foxes and rabbits are mustelids, squirrel, only a few residents.

The most well-known residents group is probably the deer population, which especially in the rutting season (October) a true attraction. During this period, belling deer bucks up a storm. With this call, they know to be ready to mate and fight with other males not to go out of the way. That this fight not to go hostile, witness the hard popping that this period regularly in the water supply dunes can be heard. During the rutting season TOURIST INFORMATION zandvoort organizes so-called burl walks, where visitors with a guide to go looking for burlende and fighting deer.

The Amsterdamse waterleidingduinen area that has a rich history, witnesses the many bunkers from World War II that the area has to offer. During the occupation are the bunkers built as part of the Atlantic wall, a defense line of a total of 2685 km long, Norway to Spain's effect. Also these bunkers are freely accessible to the public.

The North of andvoort borders on a National Park Zuid-kennemerland: one of the twenty national parks that Netherlands is rich. National Park Zuid-kennemerland is particularly suitable for cyclists, what Zandvoort ideally suited as base for cycling enthusiasts. The wide cycling network with nodes, allow you the beautiful unique flora and fauna via different routes to admire.